As I wrote in my last post about the 2011 riots, it was good that individuals came together under the hashtag #riotcleanup to clean up the mess that the rioters left in their community. However, what wasn’t so clear to me at the time was that because of the media’s emphasis and divisive portrayal of ‘the good volunteers’ versus ‘the bad young people’, the reasons behind the riots were perhaps unintentionally swept under the carpet by the volunteers’ brooms. 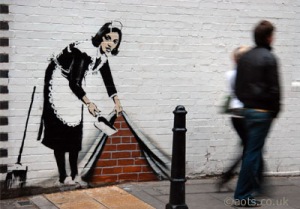 In a rush to meet deadlines and make headlines, the media didn’t properly explore the reasons, and in a haste to describe what was happening, most organisations jumped on the bandwagon of vilifying young people, creating an us/them division.

And because of the negative conceptions of young people that were being branded around, youth clubs around London locked down journalists’ access to young people, because of the fear that their views would be misconstrued. I know this, because I tried to talk to young people at youth clubs on several occasions myself, and this was the response that youth leaders gave to me. Consequently, the young people didn’t really have a voice at the time to speak out against all the negativity. Their views were largely drowned out.

Well, before I summarise the causes myself, I thought it would only be fitting if I gave some young people the opportunity to air their own opinions about the riots. So here are their views.

The first recording was made at a peaceful sit-in at Trafalgar Square in September 2011. The event, ‘Peaceful Sit In: Silent Gathering After The Riots’, was organised in response to the riots and the negative portrayal of young people by the media.

*If you want to skip all the introductions in the recording, then the interviews start from 1 minute 22 seconds into the recording.

** Their ages represent how old they were at the time of the interview.

One of the participants, Leon, referred to a time when he confronted Boris Johnson about the riots at Clapham Junction. This is what he was referring to:

This second recording is of Emeka Egbuonu in September 2011. He is a youth worker at a youth club called The Crib, which is based in Hackney. We had an official interview with him at 91.8 Hayes FM about a book he wrote called ‘Consequences, Breaking the negative cycle’. It is about gangs and was largely inspired by the death of Agnes, a young girl who attended his youth club, but tragically died after being shot at a takeaway in Hoxton Street.

I took him aside to ask him some questions about his job as a youth worker, and to get his views on the riots.

So the young people have listed a number of reasons for the riots, such as police actions, cuts in education and facilities, lack of job opportunities. One said that he wasn’t even surprised that the riots broke out in the first place. Others alluded to the fact that the causes have been brewing for a while. Some offered solutions to the problems. However, none of the young people condoned the acts of violence during the riots though. Instead, they all spoke about taking peaceful and positive action.

My next post will focus on an exceptional group of young people who managed to film what was happening and explored some of the issues that the mainstream media missed during the frenzy. I’ll be reviewing their documentary, ‘Riot from Wrong’.