Once upon a time in a land far away, there lived a young, but vertically challenged maiden by the name of Monica. 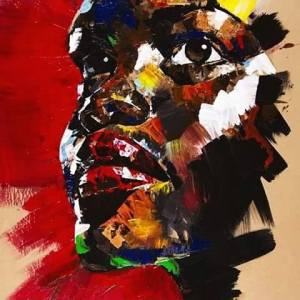 Monica was fairly content with her life, but she could not suppress the feeling of wanting more from it, of discovering new lands and going on magical adventures. She forever daydreamed about going on enchanted quests so much so that one day she decided she had had enough of daydreaming; she wanted to turn her dreams into reality.

So she set off on a long and toilsome journey far away from home. After much time had passed, she finally arrived and settled in a strange, but wonderfully enchanted land, where the people seemed to speak in an unknown, but charming dialect to her ears. 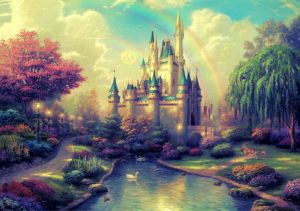 She found a job at a mill, where many humans and dwarfs worked also, and although it was challenging, she quite enjoyed her time there, so far. 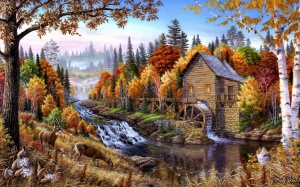 She had been working there for only a short while, when she was mysteriously approached by a damsel in distress, who also worked at the mill. 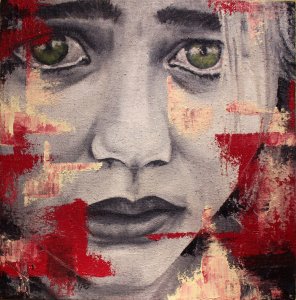 “In three days time I will have nowhere to live,” the fair damsel cried. She explained that her landowner had suddenly decided that she no longer wants her to live in her property.

“Never fear,” Monica replied, “if you have nowhere else to lay your head, then I have a spare room in my humble abode.”

“Thank you for your generosity!” exclaimed Amelia, the young damsel. “If I can find a place to stay at a friend’s house then I may not need to take up your generous offer, but I will confirm soon.”

Three days later while Monica was exploring the land, she received a message on a magical device from Amélie, saying that she desperately needed to stay in the spare bedroom, but for one night only as a room was available at a friend’s house the following day. After going back and forth with many bags in tow during the day, Amélie finally arrived and settled down in Monica’s small abode after dusk. 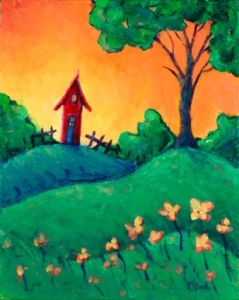 The two maidens met with two other workers at the mill, Melvin and Zora. They conversed until the early hours of the morning, which was a little strange because Amélie had never spent so much time with the trio up until this point. 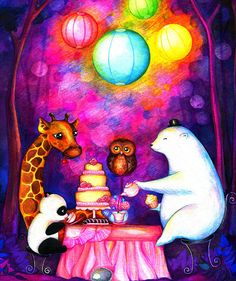 Since Amélie had worked in the foreign land for some time, she jovially gave them anecdotes and advice about living and working there. When she recalled times when she had not had anyone to share her adventures with while she had been living there, the band of friends said that she now had them to share her experiences with. She just smiled in response.

After that night’s jollifications, Monica and Amélie went back to Monica’s house and they both slept peacefully.

The next morning, the two maidens arose early with the rise of the morning light for the tasks that lay ahead of them that day. Monica had to embark on her next sea adventure, while Amélie had to wait for her friend to take her to her new place of residence.

Monica helped to bring down Amélie’s bags down the stairs. As soon as the last bag was laid on the ground, it began to rain. Monica asked if Amélie wanted company while Amélie waited, or at least if she wanted to bring her bags back upstairs. However, Amélie insisted that her friend was only minutes away and that Monica should not be late for her adventure. So they embraced and then parted ways. 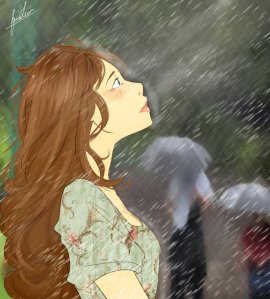 The next day at work, Amélie was nowhere to be seen. This was not so unusual, Monica thought, because maybe she was just ill or needed some time to settle into her new place. The day after that, there was still no sign of Amélie.

Monica started to worry when their fairy godmother boss, Eliza, asked her if she had seen or heard from Amélie recently. 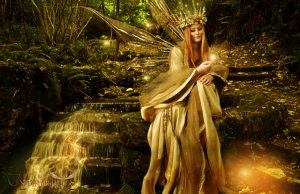 Monica’s mind raced back to the last image she had of her, of Amélie standing in the rain waiting for her friend to come for her. Her boss told her that Amélie had not been in contact, when she usually would, if she was sick.

Immediately after work, Monica tried to send many messages and talk to Amélie through her magical device, but to no avail. 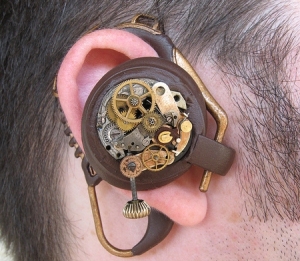 The next day, Amélie’s workstation was still empty. Monica tried to contact her again, but to her dismay, her magical device was no longer connecting to Amélie’s device at all. Monica’s mind began to think of the worst. She had heard horrendous stories of brutal gremlins kidnapping defenceless damsels for profit in the strange land that she now lived in, but she had not heard of anything as terrible as that happen in her area, until possibly now. 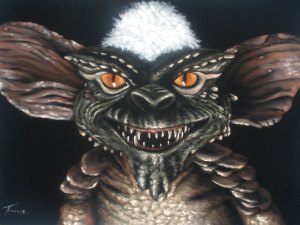 Monica noticed that Eliza seemed strangely at ease with the situation, in a very disturbing way. She smiled brightly and even chuckled, and said that she thought Amélie was ok. Furthermore, to Monica’s shock and surprise, Eliza offered her Amélie’s job. Monica felt very uneasy. Monica asked if Eliza had contacted the guards about the situation, and Eliza said that she would do. Even though Monica would have preferred to work in Amélie’s position, she did not feel comfortable with the way that it was happening. So Monica said she would think about it, and insisted that she was more concerned about the well being of Amélie. After all, she had potentially been the last person to see her. Furthermore, she was disappointed about the response from the mill. Were the bosses concerned about the workers there? If Monica herself had suddenly disappeared, then would they just smile and ignore the fact that she was missing? Monica didn’t really feel easy with the whole situation, at all. 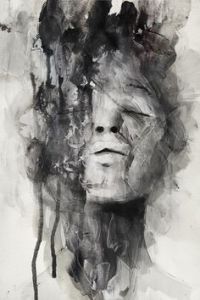 Eventually, it transpired that Amélie was fine. Amélie had sent a short message to Eliza informing her that she was fine and that she was sorry for her sudden disappearance. It also came to light that Eliza knew that she was most probably fine, because some days before Amélie left, she asked for a letter of recommendation. So in the end, rather than the fairy godmother possessing a sinister streak, it was Amélie who used her charm to get what she wanted. 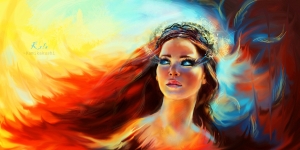 Amélie never returned and Monica worked in her place, instead. From time-to-time, you can still hear the dwarfs at the mill wondering about Amélie…