“We are Americans, too” is a phrase that I have heard many Mexicans defiantly say; and they are absolutely right. 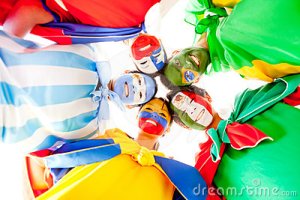 Before I came to Mexico I always thought that the term “I’m an American” was synonymous with somebody who is a citizen of the United States of America. And that is true to an extent as well. It is a term that was adopted by Europeans who had settled in what is now called the U.S.A. to differentiate themselves from Europe. And this concept has successfully been reproduced and reinforced around the world through various forms of popular culture.

However, what I totally disregarded until I came here was that as well as being a country, America is also a continent, regardless of how it is divided up into and labelled as (and how this is done would depend on the ideas that you have been socialised into). So whether a country is located in North America, South America or Central America (which is not considered a separate continent), people who live in countries that are on the American continent are Americans. Just as I am British, but I’m also European (although not many people in Britain would like to admit that), or somebody from Nigeria is African, or a Chinese person is also Asian (or East Asian).

“The U.S. doesn’t even have a proper name,” an influential Mexican told my friends and I in a bar one afternoon. “It’s called the United States of America. It’s simply named after the continent; its name is not very imaginative.” I’d never thought about it like that before until he said that. To be fair though, although the word ‘Mexico’ can be traced back to the Aztecs, Mexico’s official name, United Mexican States, was inspired by the American independence movement and the fact that the country’s territory was also made up of a union of states. But I digress.

As I’ve already mentioned, depending on where you live in the world, you may be taught about the various continents around the world differently. For example, in the UK we are taught that there are seven continents in the world: Africa, Europe, Asia, North America, South America, Australia and Antarctica. Whereas I found out from my discussions with some Mexicans that they are taught that there are six continents in the world; America is not split into two, and the other continent is Oceania, not Australia. Or a few Mexicans would proudly proclaim that they are North Americans. And I admit, I wrongly associated Mexico with Central America instead of North America because its culture was ‘different’. And I’m not the only one to think like that. Speaking to other Europeans they had the same idea as me or a couple even thought that Mexico was part of South America. Even the United Nations geoscheme apparently officially classifies Mexico as Central America, and some geographers include some Mexican states as being part of Central America.

This whole debate surrounding one’s identity is merely political. As well as categorising and distinguishing one group from another, it serves to divide. Terms such as ‘Americans’ (white/European decent), Latin Americans, Afro-Americans, etc., just create a sense of ‘otherness’; it separates ‘us’ from ‘them’. I’ve seen heated debates online of U.S. citizens fiercely defending their right to be called Americans, while I have also seen aggressive arguments from the other side as well. 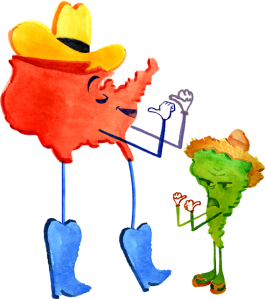 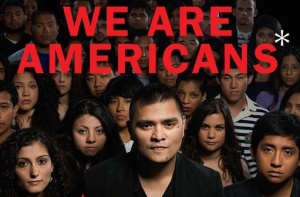 Nevertheless, while I’ve been in Mexico, I’ve quickly learnt to adapt to this ‘new way of thinking’ for myself.

“I’ve never been to America before,” I once said.

“But you’re in America now,” replied a friend. Doh!

So now I correct myself and I try my best to refer to the U.S. if I’m talking about USA territory. However, saying U.S. citizen all the time is rather long-winded. I’ve seen some alternatives offered online, such as Usonian or United-Statesian, but they seem very odd. And just as you call people from United Mexican States (Mexico), Mexicans, I think it makes sense to call people from the U.S. Americans as it’s a shorter form of its official name. As already stated, it’s a country and a continent, so problems arise when the term is used as a tool for exclusion. 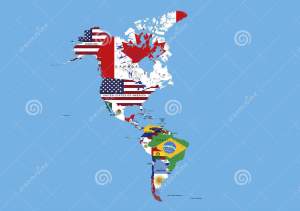