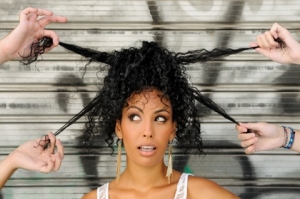 “Where are you from?

“In England – really? That’s great! Why are you here, in Guaymas?”

That’s pretty much how my first encounter with Mexicans goes, word for word. Well, that’s if they didn’t already ask me if I was from Cuba or Brazil. And this conversation happens quite often, well, less so now here in Guaymas. Guaymas is a small town, especially when compared to London, so I’m pretty sure that most people in the town have already seen me going about my daily errands to ask me whatever questions they may have for me. Therefore it’s definitely not the best place to be if you are trying to avoid somebody, and I’ll talk about that at a later date. Guaymas isn’t even listed in the Lonely Planet Mexico guidebook. And you can see the confusion in people’s faces when I explain that I left my job in London to live and work in Guaymas, a place that they consider to be more ‘boring’ and less prosperous in comparison.

As I’ve already explained in an earlier post, my TEFL teacher friends and I stand out when we hang out together, because we are very clearly not from Mexico and because there isn’t much of a mixture of different ethnic groups here. Since my group of friends mainly consisted of females, we would mainly attract attention from males. Much to the annoyance, or amusement, of two of my friends, because no matter how much the guy persisted in his efforts to win one of them over, they wouldn’t budge, because my two friends are an item.

Quite a few Americans come and go through my area as it’s pretty close to the border and I am pretty sure that Mexicans assume my friends are from the U.S. Mexicans however, don’t have a lot of face-to-face contact with black people, so I’m told, and my friends have pointed out to me the fact that I get a lot of stares. People do come up to me and start speaking to me in Spanish. But when they see the blank expression on my face, they change tactics. So they’ll try and practice their English on me, or they’ll make gestures to try and communicate. For example, someone would gesture for me to dance with them if I was in a club, or gesture for me to take photos with them and all of their family members – as a group and individually, or one time a mother beckoned me with her hand towards her daughter and said (this was translated to me) that her young daughter wanted to hug me. …Yes, you read that correctly, she actually just wanted to hug me… I’ve been told that Mexicans don’t generally point fingers at people because it’s considered rude behaviour, so people haven’t necessarily pointed and stared at me. But you can obviously still point at people by using your words, as one man did, when he walked past me with his daughter in a touristy area in Guadalajara. This is the English equivalent of what he said: “Look child, an African!” I laughed out loud at this father’s statement; that moment couldn’t have felt more surreal.

Then there’s curiosity in the form of hair touching, which can be a pretty touchy subject for black females. Most black women I know would not allow anyone to touch their hair, full stop, no questions asked, because we are not exotic animals that you can stroke and because our hairstyles get easily messed up if someone runs their fingers through our hair. Heck, it even gets messed up if we run our own fingers through our own hair. But how would you know this golden rule if you don’t come in contact with people to tell you this? This is where I personally make exceptions. As much as my eyes twitched when the first kid in the school reached for my hair, I let them do this now without feeling the need to clench my teeth together out of apprehension; just as long as they ask me first. I give a bit more leeway with the younger kids in the school, as they can’t really form the sentences to ask me yet.

And I don’t mind adults asking to touch my hair, as long as they ask. It’s actually a nice feeling when people tell you that they like the way you’ve styled your hair, when you know full well that it looks crap, but people don’t know any better because they haven’t been exposed to people with the same hair texture as you. Whereas if you left the house with that same hairstyle, your family and friends would probably die from not being able to breathe as they are laughing at you so much. Yes, I am the ‘you’ that is so often referred to in the above scenarios, and yes, I do get away with a lot of hair offences, unless I decide to film a vlog. Damn technology. But I’m very low maintenance with my hair, and I don’t care too much about it. What I do care about, however, is if I have given you permission to touch my hair and then it’s very noticeably messed up after you harassed it. That happened one time, and I was pissed off. Or, the worst is when no permission is asked at all and I feel my hair being tugged from behind me. That’s happened to me, twice. That really pissed me off. They are lucky they did that to me; they definitely would not have survived if it was another black woman.

All jokes and exaggeration aside though, from the people that I’ve met so far, I can honestly say that Mexicans are generally very friendly and I have never experienced any racism while I’ve been in Mexico, from a Mexican. The only racism I have experience was from a young American teacher on the bus one day. She said: “Don’t people get scared of you and move away because of your darker skin?” I really had no words to waste on her and my conversation with her ended abruptly. But that has not been my experience so far with Mexicans; they have just been very curious.