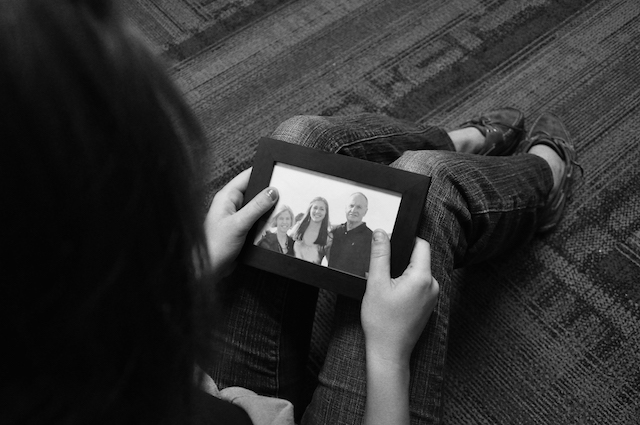 The first time I consciously felt homesick was on New Year’s Day in 2015. This was since I’d been working in Mexico for about three months. I remember it so vividly because I felt so low. I was alone in my hotel room for the first time during my travels in Guadalajara, an unfamiliar city in Mexico, a foreign country on a different side of the world to where I’m from. A friend from home, whom I had been travelling with during the Christmas holiday period, had left earlier that morning.

I distinctly remember thinking that the city was so big and that I was all by myself. And then I thought about all my family being together at that time, as New Year’s Day with my grandma and most of my extended family is traditionally a big deal for us. I was being attacked by the pangs of homesickness, and it was preventing me from enjoying my travelling experience. I have no idea what came over me; I just felt so anxious for some reason, when only a few hours ago I was having a blast, welcoming in the New Year. I just cried. I just sat in my room for about an hour and refused to leave, just spiralling into despair.

That was until I kicked myself into action. I thought that if I didn’t leave then, then I would never leave. I thought about using the opportunity that I had to just roam around on my own, to explore, to immerse myself in my surroundings and take photos. I’d be free to stop whenever I wanted, and to move around at a moment’s notice, because I’m sure my friend was annoyed by my constant stopping all over the place and just dragging her around left, right and centre. I also arranged to meet up with some people that I’d met, since I’d been in Guadalajara, in the evening. So thankfully, this change in perspective pushed me to leave my hotel room, and I ended up having a fantastic time, alone and with other people!

I thank God that I haven’t felt as low as how I felt that New Year’s morning. But that doesn’t mean that that horrible feeling doesn’t rear its ugly head from time-to-time, even if it is just to a lesser extent. I feel it whenever I hear about a friend’s engagement. It pops up whenever I think about the numerous weddings that I won’t be able to attend in England. It amplifies itself whenever I hear about the death of a neighbour, a companion, or a loved one. It returns when it’s a family member’s birthday, or when it’s Father’s or Mother’s day.  I’ve even felt it when I reminisce about eating certain foods or doing certain activities that I can’t really do in Mexico. Heck, I’ve even felt it when I’ve watched flipping Misfits, for crying out loud, because of the familiar settings and accents (shout out to all my UK people, haha! Ok). And I’ve realised that the Christmas holiday is still one of the worst periods to be away from my family, even if I’m not alone and I’m surrounded by people who care about me.

It’s constant, it’s never ending; it never really disappears. It’s always just kind of hidden, just out of your consciousness until some news or an event brings it to the forefront of your mind. And that’s the downside of living so far away from home, sometimes. But having said all this, most of my time is filled with building happy memories of new adventures, new experiences and new opportunities, and for now, I wouldn’t have it any other way. Life is for living, not for being immobilised by fear, isolation and despair.