The life of our beloved, blue bocho (actually spelt vocho, which means Volkswagen) came to a tragic end one evening in March last year.

A horrific incident took place as my friend, Martin, drove the car down the road. The car caught fire while he was in the car. Miraculously, he managed to escape without injury just seconds before the car suddenly burst into flames.

On a more chilling note, ‘the girls’, Jen, Laura and Shauna were supposed to be in that car on that journey that night, but thankfully, for whatever reason, they decided to wait for Martin instead.

I remember coming back to the house from some sort of rehearsal, when the girls mentioned that Martin had been gone a while and that they were worried about him. I tried calling him a number of times but to no avail. I received a call from an unknown number, but I didn’t answer it, as I don’t tend to answer calls from numbers that I don’t know. It turned out that it was Martin who tried to contact me.

A while later, we heard a heavy vehicle pull up to my house. We saw Martin, and this is what else we saw: 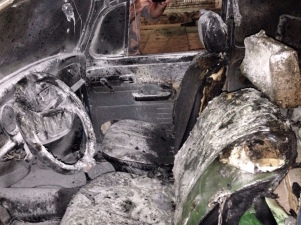 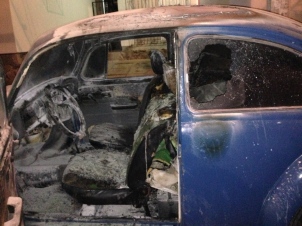 The story even reached the local papers, where Martin was described as a “North American”, which basically means American or ‘gringo’ as they are more affectionately known here, by a lazy journalist. 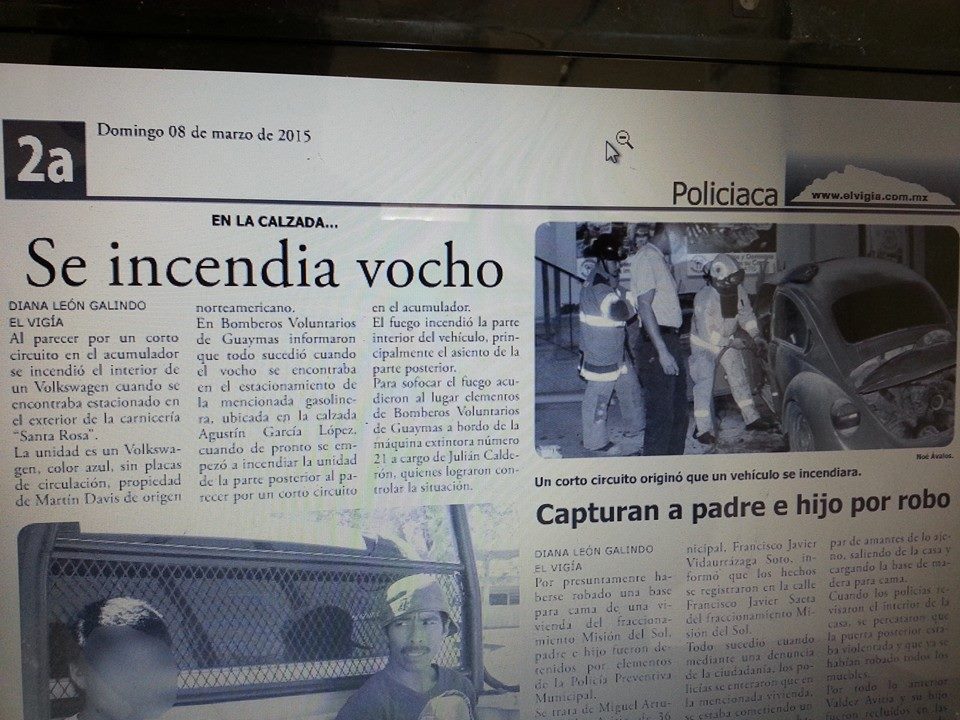 You took us on so many adventures, Ringo, where often times the journey was an adventure in itself, like the time where you caused us to get escorted by the Mexican police. We’ll always affectionately remember your beautiful blue colour, your plateless body, our often cramped journeys in your small body and your often temperamental character towards the end. And just like your character, you went out with a bang in flamboyant style. RIP

Here some posts about the vocho that I made earlier.

My second encounter with the Mexican police:

My first encounter with the Mexican police:

And here’s some footage that I took from the car to show what my new home looked like: