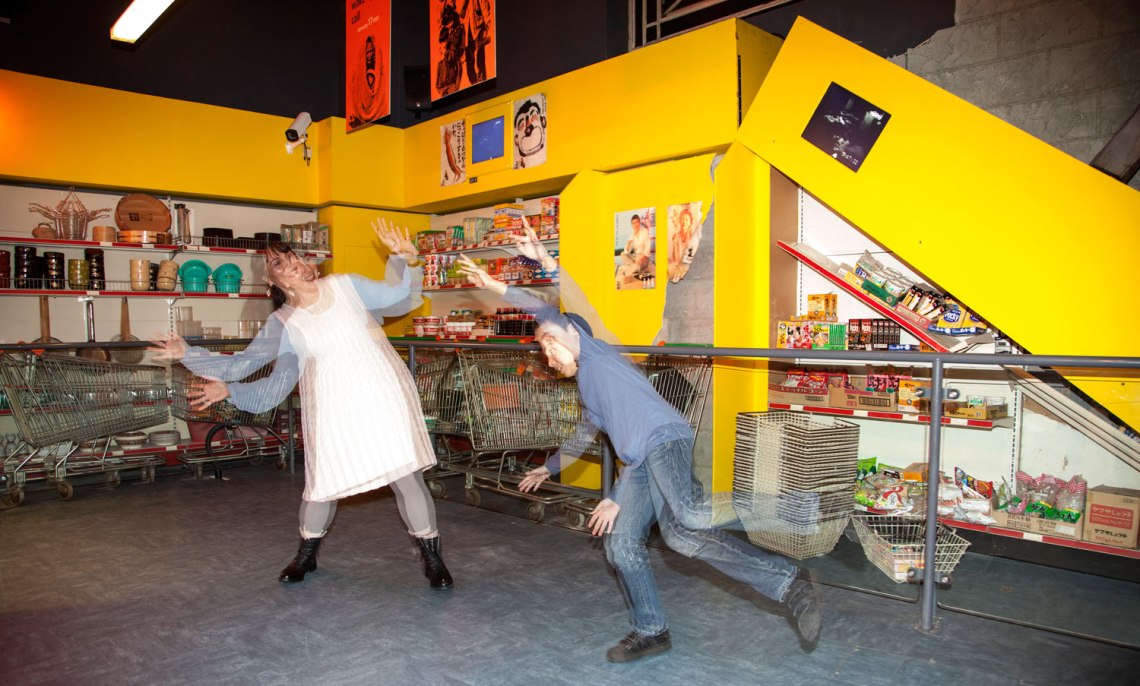 Before I came to Mexico, my only experience of an earthquake was in an earthquake simulation room at the Natural History Museum in London. It felt pretty ‘cool’ to feel the ground shaking underneath me and to see the walls and the items on the shelves swaying to and fro. I spent a little bit too much time there, which would be fine if I was with a family or if I was part of a school group, but I was a vertically-challenged adult all alone on a half day that I had from work. But little did I know that I would actually experience an earthquake for myself… kind of.

It really was the most uneventful occurrence. I just remember hearing some rattling as I was teaching my 5th Grade kids. I thought it was just a really heavy vehicle driving past along the road, so I didn’t even bat an eyelid. That was until a student asked me if I had just felt that.

“Felt what?” I asked. “That was just a really big truck or something dri-“

“No, no – teacher! That was an earthquake!” they all pretty much said.

As I quickly rewound what happened in my head, I realised that I heard the door shaking, but even then I kind of dismissed the idea that I had just experienced an earthquake, because according to the earthquake simulator that I was in, which must be true, (and the information desks around the display, of course), I thought that earthquakes were more dramatic. But a friend of mine likewise reported that her students also confirmed we had all in fact experienced an earthquake. Unless it was a really, really big lorry that made its way down to her side of the school, too, which I think is still a strong possibility.

Even though nothing happened during that incident, thank God, and I haven’t experienced anything similar since, it was an eye-opener. I am living in a country where earthquakes take place pretty regularly (well, more so than what I’m used to), where in previous years they have been pretty destructive. This information fed my fear monster that I’ve already spoken about on numerous occasions, and my imagination ran wild… until I forgot about it… and now that I’m writing about it, I’m reminded about it again. Curses.

Two weeks before I arrived in Mexico, I remember hearing about a hurricane that slightly damaged the area that I would be living in, and that freaked me out a bit. I have experienced strong wind, but the only damage I have personally seen the wind do was blow down a tree outside my classroom, which was the school news story of the day. 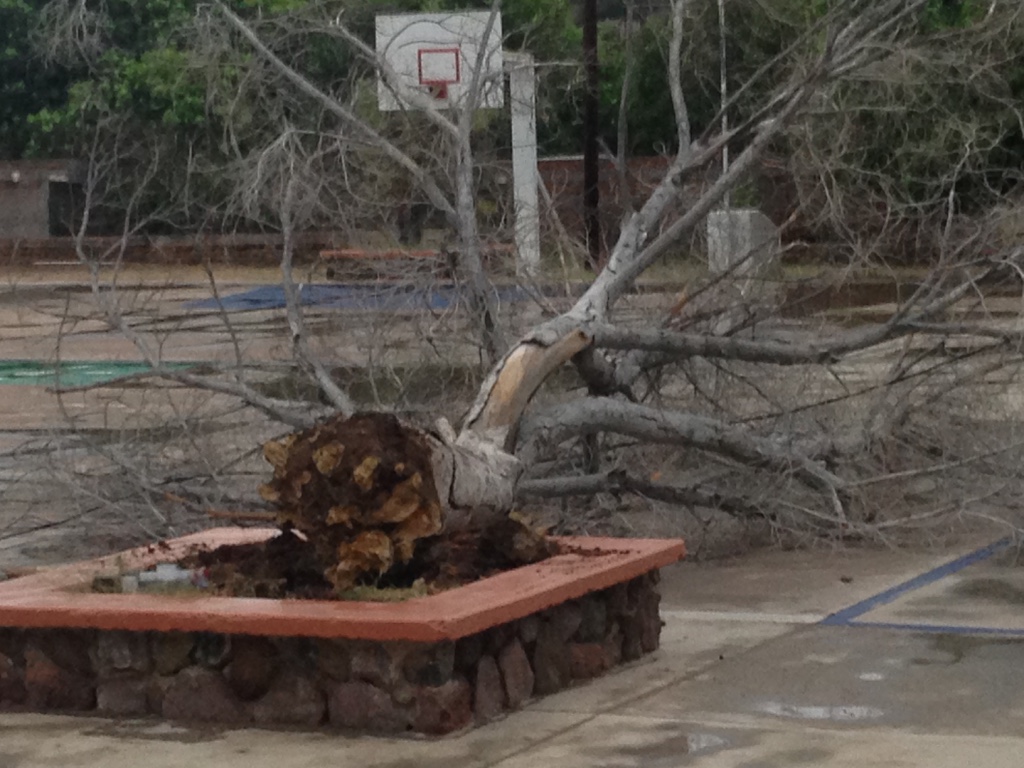 Speaking of other natural disasters, I had always found it amusing that Mexican schools have a rain day. So whenever it rains, schools and parents are on the lookout to see if the government will suspend classes. And it’d always be a running joke on a Sunday night that the teachers at my school would wish for rain so that they didn’t have to go into school on a Monday morning. I thought it was funny, because if that were the case in England then there wouldn’t be any school, ever. Ok, well maybe for about a month, but that’s it. But then I understood why that happened when it rained heavily in September last year. Certain areas of my town were flooded, and school was suspended for about two weeks. Teachers at my school still had to go to school, even though no students were present, so be careful for what you wish for. But this incident will be explained fully in a later post.

And I just want to mention one more thing that happened as recently as this week. I know, I’m so behind, that this is actually surprising. As a teacher of the primary school, we have to escort the kids to their cars. But one day this week, I saw what looked like some sort of huge dust cloud blowing towards the school. But a teacher with a petrified look on her face told the teachers to get the kids inside the school – immediately.

It turns out that my ‘dust cloud’ was in fact a massive swarm of bees and they were hovering around the school gates. I’ve never seen anything like it before and we had to rush the kids safely into the closest classroom. The bees finally settled in a tree right by the school gates and formed a nest on one of the branches of the tree. It was a horrible ordeal because there were so many flying around the young kids. And I tried my best to look calm and collected even though I was screaming in my head, as only one bee terrifies me, much less a whole colony of them. I think I held it together though, so I’m giving myself a pat on the back.

I guess the point of this post is that these personal experiences with nature has opened up my eyes to how I’m no longer living in my little bubble in London; I’m becoming more respectfully aware my natural surroundings.